In Distiller, the heat recovery system aims to capture the maximum flow of waste heat through the WHRU heat collector inserted inside a chimney.

The heat recovery system requires water supply for the proper operation and to avoid thermal collapse of the system. 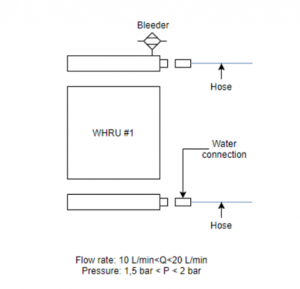 The water is distributed through two water manifolds. Thus, the water enters the water block at the bottom and flows through the heat exchanger to its outlet. The collectors are equipped with an air vent valve to remove the air from the circuit and prevent possible failures.

An electrical cabinet receives the electrical energy generated by the system. In this cabinet, the energy is treated to maximize its efficiency.

The temperature must be controlled to ensure the proper operation of the system.

The temperature sensors are inside the WHRU and are connected to the IoT nodes installed inside the electrical cabinet. 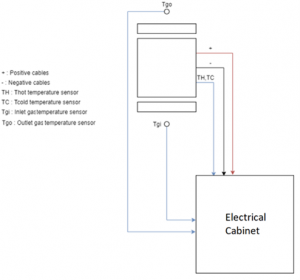 Wattmeter IoT node is used to measure the power generated by the system.

The IoT nodes send the sensor data to a gateway via LoRa. In turn, the gateway that receives the sensor data from each IoT node sends them to the server through the Internet and displays them on the DAEVIS platform. 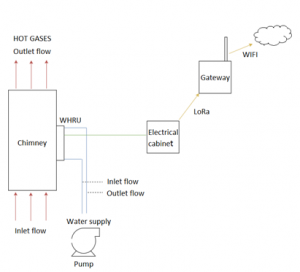 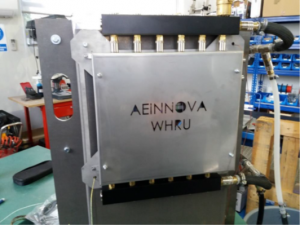