In CELSA, a metal support is required to fix the plate that captures heat by radiation as well as the heat recovery unit (WHRU). 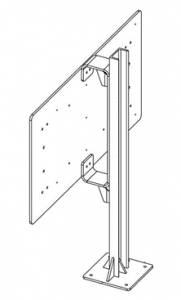 The heat recovery system takes the heat from the metal plate that captures the waste heat radiated during the cooling of the manufactured beam blanks.

The heat recovery system also requires a cooling water supply for its proper operation and to prevent the thermal collapse of the system. 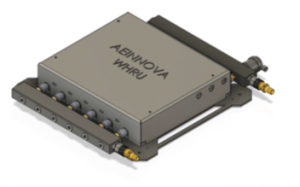 An electrical cabinet receives the electrical energy generated by the system. In this cabinet, energy is treated to maximize its efficiency. 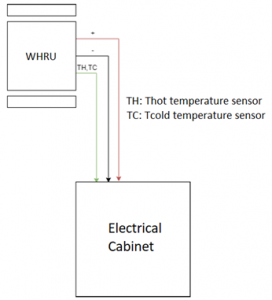 Another IoT node monitors the power generated by the system.

IoT nodes send the sensor data to a gateway via LoRa. In turn, the Gateway that receives the sensor data from each IoT node sends them to the server over the Internet and is displayed on the DAEVIS platform. 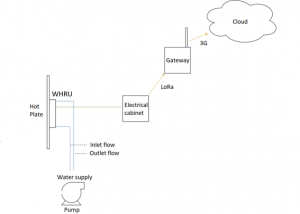